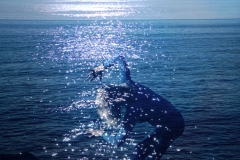 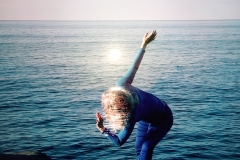 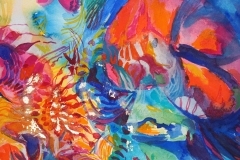 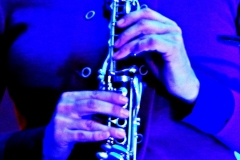 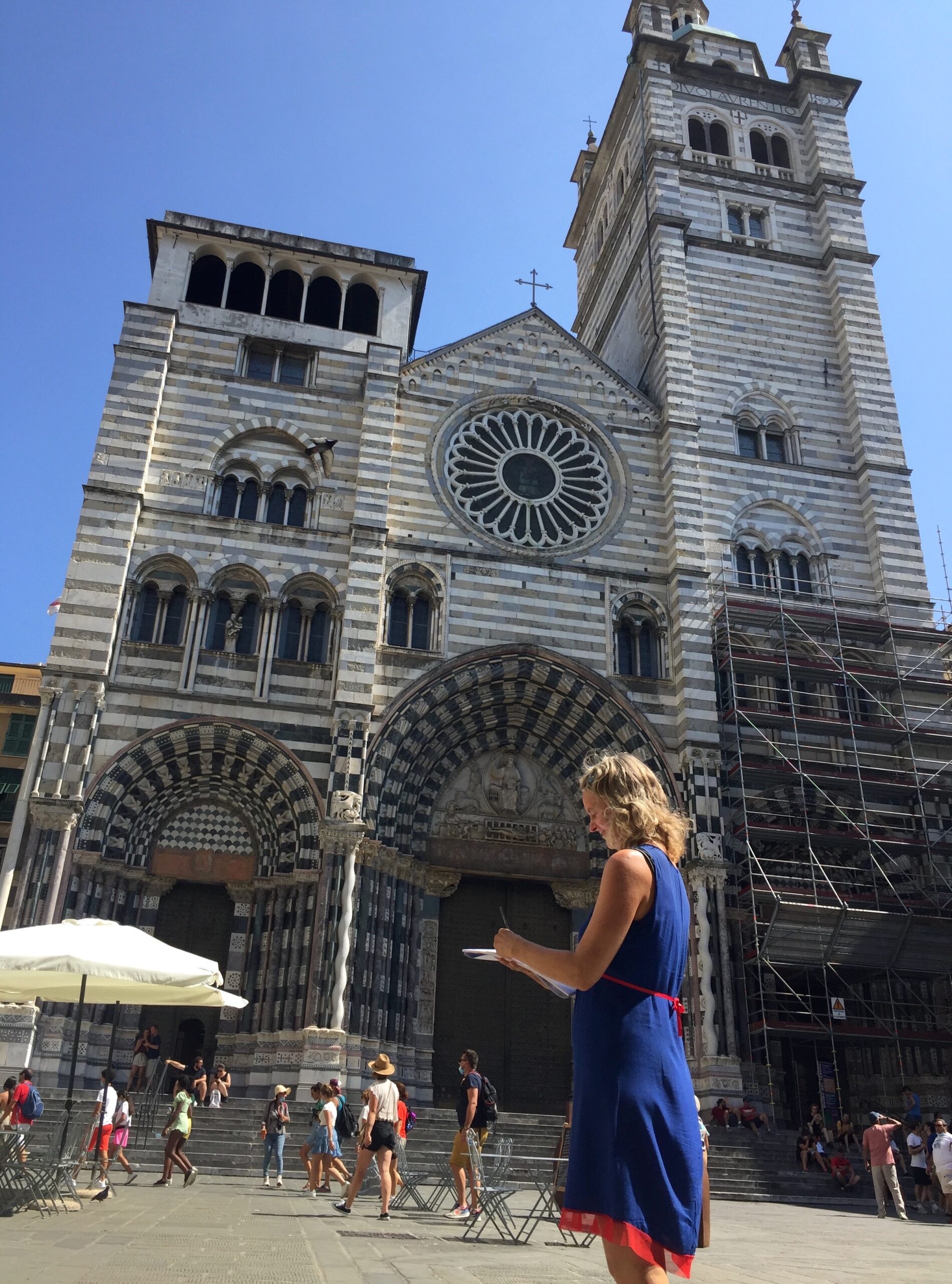 Drawing and Sightseeing in Genoa, Italy 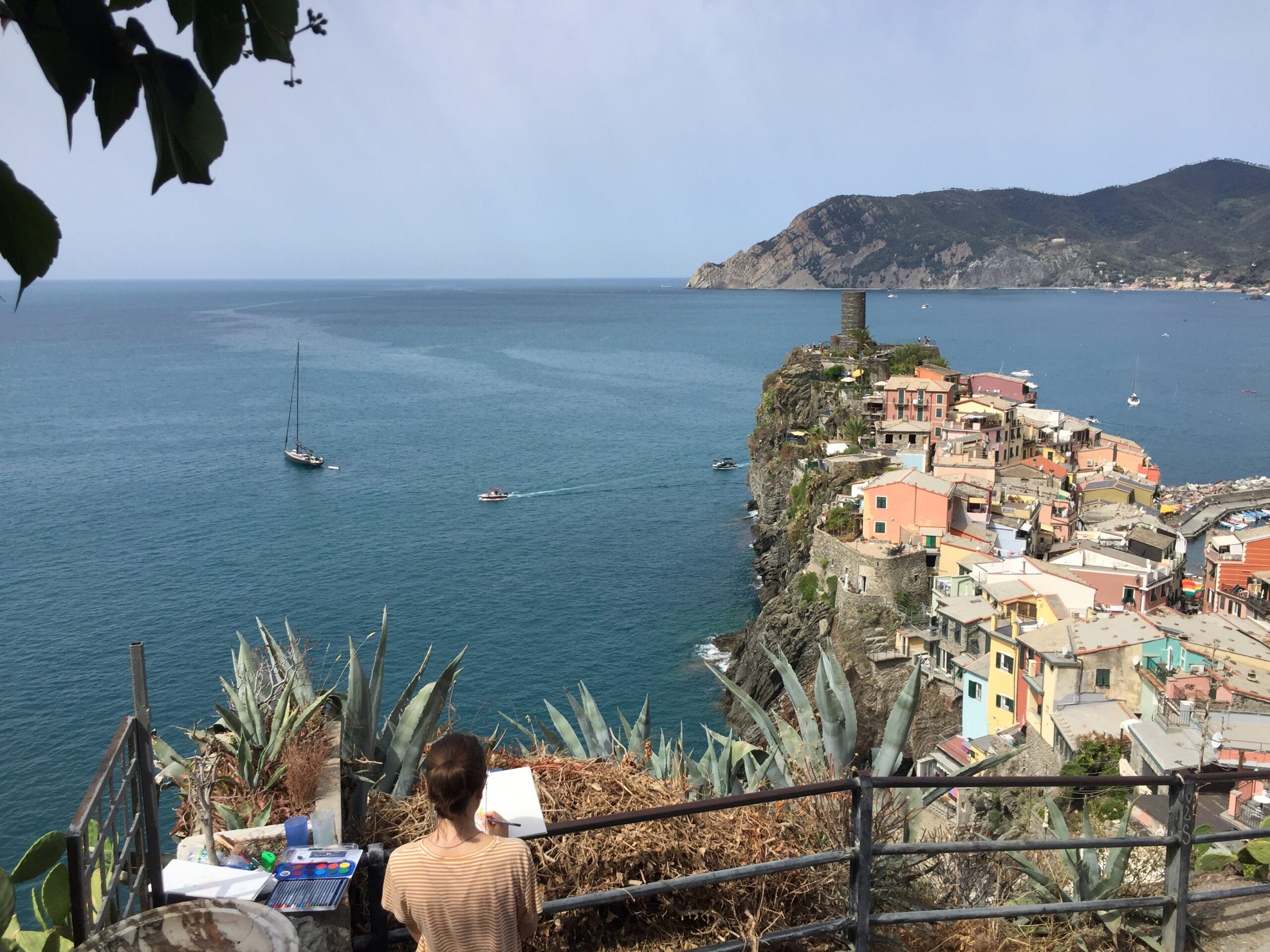 Painting at the Italian Riviera and at Cinque Terre
VIDEOART: 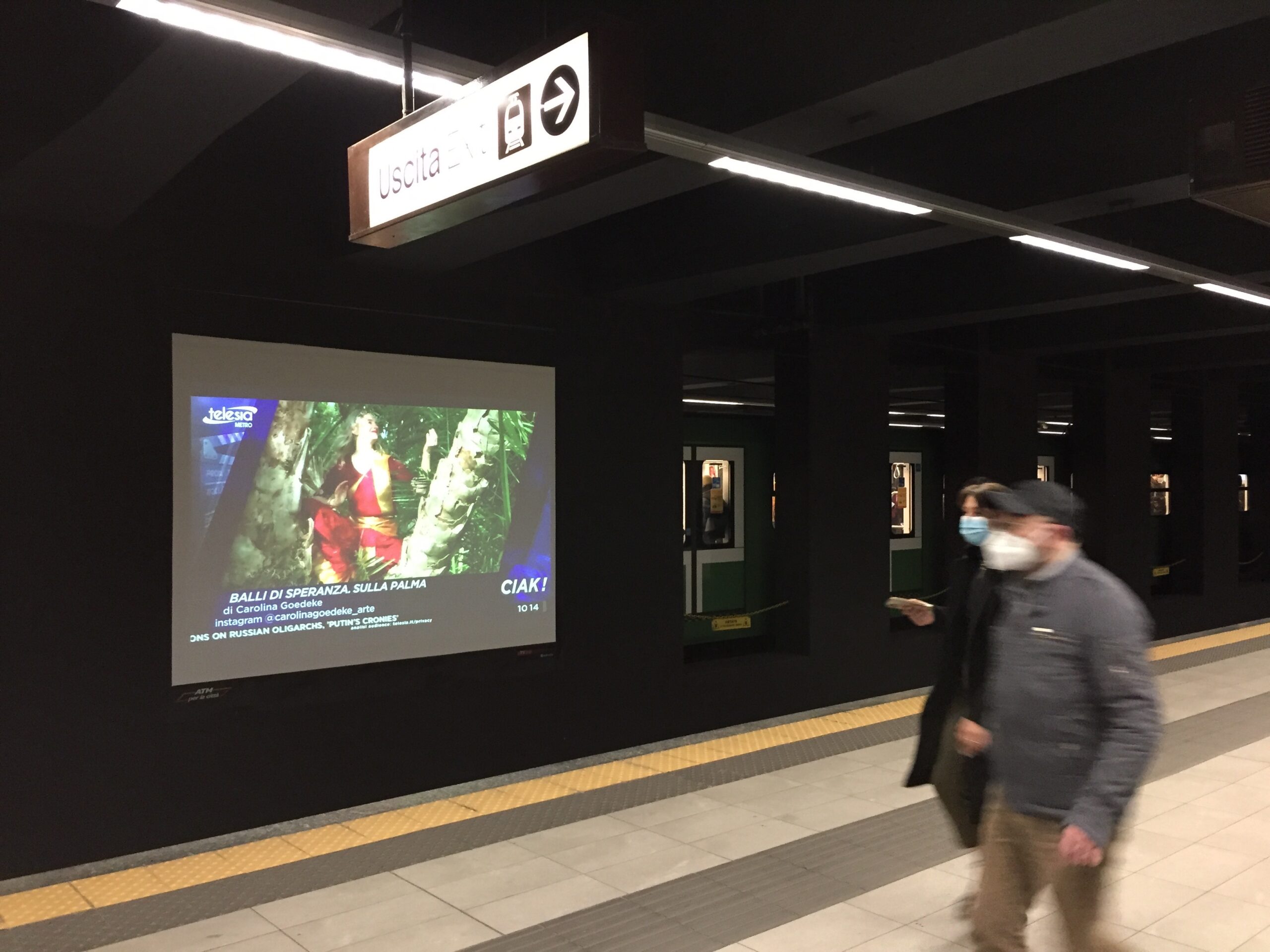 In collaboration with Telesia TV my Videos ‘Dances of Hope ‘and „Promises“ were screened between December 2021 and March 2022 in the Metros of Rome, Milan, Genoa and Brescia.
Presenting my work in public space allows a contact with the daily urban life which I appreciate a lot, combining different levels of perception as well as creating a parallel reality.
With this performance videos, with elements of Indian classical dance, I tried to open kind of a ‘virtual window’ within the suburban train stations to create space for reconnection with nature, a certain spirit of freedom, as well as a focus on one’s own body awareness. Kind of a Reality shift for one minute. 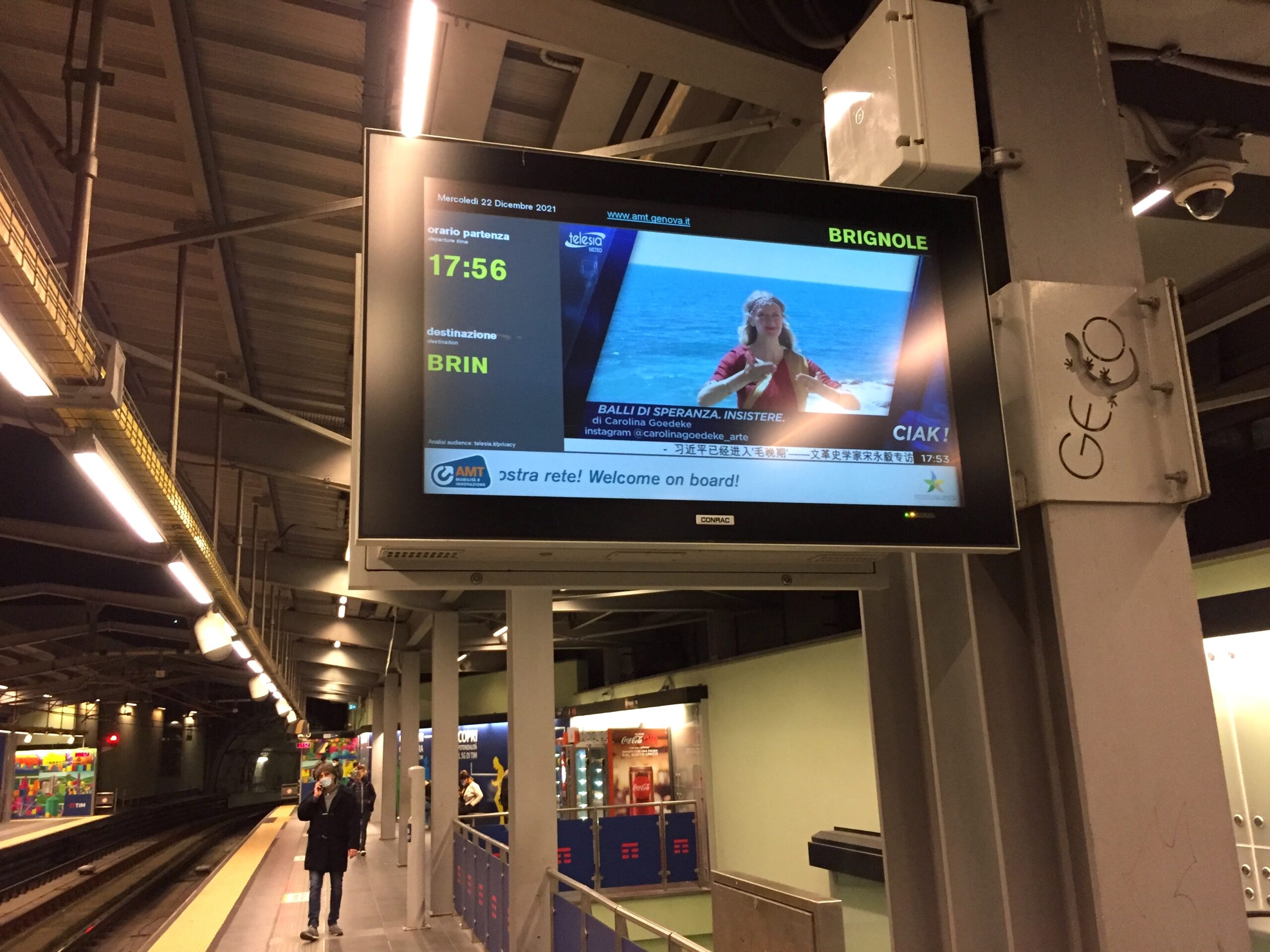 Carolina Goedeke studied painting and video installation at the Academy of Fine Arts in Munich and at the UdK Berlin.

After 20 years as an interdisciplinary artist in Berlin, she moved to Italy’s Ligurian coast in 2017.

In search of empathic-dialogical relationships with “nature”, her work erases the demarcations between animals, humans, cell structures, oceans, mountains and forests, inspired by the hierarchy-free relationships between different species described by Donna Haraway in “The Companion species Manifesto”.

In her paintings, photographs, videos and clarinet performances, the boundaries between viewers and works become permeable. Goedeke opens “gates” into a multi-layered, multi-sensory experiential space: by consciously adopting what appears to be a childlike, wondering, intuitive perspective, she facilitates a dialogue between viewers and her works.
Goedeke uses artistic practices as “human medicine” to enhance individual resilience skills and enable social action.

Carolina Goedeke weaves picturesque spontaneous elements with basic structures from nature and relates them to each other in the form of abstract “scores,” comparable to musical scores.
Her acrylic paintings on canvas as well as her watercolors take up motifs of microscopic cellular elements, wave movements, plants, or butterfly wings and intertwine them to form organic assemblages.

The video loops are based on her performances and allow the audience to experience the protagonist’s physically and mentally relaxing experiences with the help of mirror neurons in the brain.

With her Duo MOZART CRYSTALS (Carolina Goedeke, Clarinet/Painting and Karina Stieren, Violin/Composition) she presents concerts with projections of her paintings in which sounds and colors are united to create a stimulating multimedia experience based on the music of W.A. Mozart, by Karina Stieren and improvisation influenced by the artworks.

Over the years, the sea became increasingly important to her inspiration as an artist – and it had to be the Italian Mediterranean. Following a long-held dream, she found a small apartment near Genoa, despite her rather modest language skills, to pursue her artistic projects here:

“The challenge of integrating myself into Italian society as a woman living alone in my late 40s often enough throws my familiar thought structures overboard, and makes me question the parameters according to which I “function” – or even not.
Positioning and sometimes reinventing myself in the dialogue between two cultures where the same words often don’t mean the same thing reinforces the importance of images and feelings conjured on paper. And the physical distance from Munich/ Berlin contributes to an overall better understanding of where I come from.”

Her works are in private collections in Europe, America and Asia.